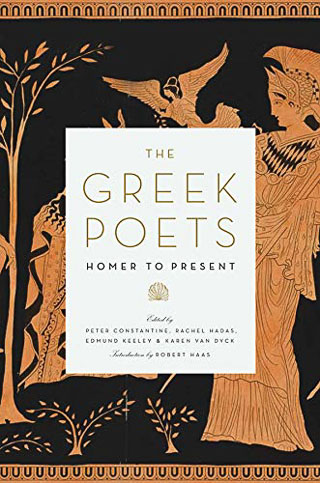 “Simaetha tries to draw back with her witchcraft the young man who seduced and
abandoned her.

Where are my laurel leaves and love charms, Thestylis?
Bring them, and put red wool around the bowl’s rim.
I want to tie the lover down who hurt me—
He’s been away eleven torturing days
And can’t know whether I’m alive or dead.
So cruel—he hasn’t knocked once. Aphrodite
And Love have whipped away his short attention.
I’ll go to Timagetus’ wrestling school
Tomorrow—he’ll be there—I’ll tell him off.
Now what I burn will tie him down. Shine, Moon,
In beauty. I’ll sing softly to you, goddess,
And to Hecate in hell. The puppies tremble
As she comes up through the black blood and the graves.
Grim goddess, welcome! Come to the end with me,
And make my drugs more powerful than Circe’s,
Yellow-haired Perimede’s or Medea’s.

Drag the man to my house now, magic wheel!

First, barley flour melts in flames. Come, Thestylis,
Sprinkle it on—you fool, where has your mind gone?
So I’m a joke, even to dirt like you?
Sprinkle it and repeat: ‘The bones of Delphis!’

Drag the man to my house now, magic wheel!

Delphis has wounded me. I burn this laurel
Against him. As it catches, as it snaps,
And the ash itself is gone a second later,
So I want Delphis’ body burned to nothing.

Drag the man to my house now, magic wheel!”