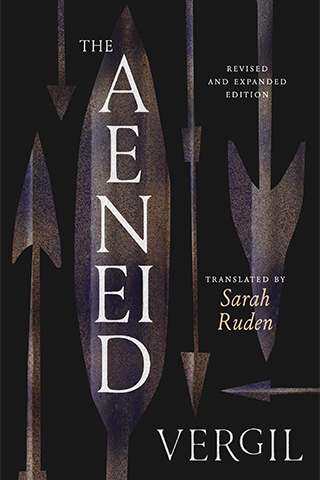 A powerful and poignant translation of Vergil’s epic poem, newly equipped with introduction and notes.

“Carthage, an ancient Tyrian outpost, faces
Italy and the far-off Tiber’s mouth,
Rich, and experienced and fierce in war.
This land, they say, was Juno’s darling. (Samos
Came second.) There her chariot and arms
Were kept, and from the start she planned that Carthage
Would rule the world—if only fate allowed!
But she had heard that one day Troy’s descendants
Would pull her Tyrian towers to the ground.
A war-proud race with broad domains would come
To cut down Africa: the fates ordained it.
Saturn’s child feared this. She recalled the war
She’d fought at Troy for her beloved Greeks
And also what had caused her savage anger.
Deep in her heart remained the verdict given
By Paris, and the insult to her beauty—
Ganymede raped and honored—that whole race
Of Trojans. Hot with rage, she barred from Latium
Those spared by cruel Achilles and the Greeks.
They tossed on endless seas, went wandering,
Fate-driven, year on year around the world’s seas.
A weighty work, to found the Roman nation!”