Villanelle of the Hidden Life 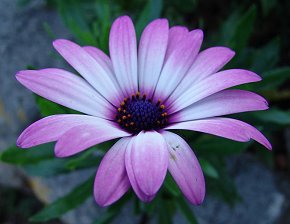 For years, I sought to walk a godly pace,
Not sensing all things rushing into God.
But now I run, I run as in a race.

There was a stream, but one I could not trace
While I was wading dust as thick as blood
And shouting that I walked a godly pace.

There was a sun, but one I did not face,
Nor see the hills pursue it in a crowd.
I did not hear it panting in its race.

But everyone who turns to seek His grace
Becomes a restless horse the faint breeze prods
And instigates beyond a godly pace.

I could not be left lonely by the chase
Toward Him. The ground was moving in a flood,
And all things sang and hurtled in the race.

And through that storm I saw how wide a space
I had to cross. I heard each slow step’s thud.
For years, I sought to walk a godly pace,
But now I run, I run as in a race.